Fifty years ago this area was an embryonic, unsettled suberb of strangers struugling in many cases to survive in a bleak era of grim depression and high unemployment. Like so often happens the times called forth the man of destiny who was to lay some of the lasting foundations on which the vibrant Raheny we came to know in succeeding decades was built. From a little village in East Limerick the Lord sent us Richard (Dick) Ryan, C.C.' in the autumn of 1955 and he was the man that not alone was to become father of Cumann Baire agus Pile Rath Eanna but the mentor who would develop the confidence of boys who were to become the men with the pride in the little village that they, on and off the field, would transform into a Great Community. Fr Ryan arrived in Raheny as curate on loan from Cashel Diocese in late October 1955. Raheny-Killester had become a new parish, seperated from Coolock-Artane. Hundreds of new families arrived in St Annes Estate and in the St Assams Avenue and Road area. A magnificent new school catering for infants, boys and girls was already flourishing. 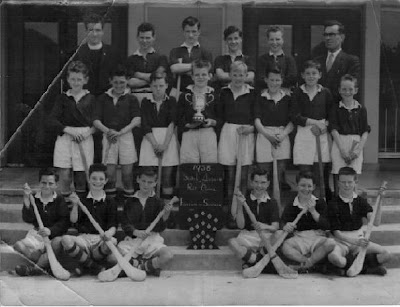 The first gaelic match was a 7-a-side challenge between St Assams church altar-boys and a Capuchin altar boys team trained by a young Cork priest named Fr.Noel. Both sides had excellent players and it was evident that the potential was in Raheny for a good under 13 team. Ted Cooling then Co. Board Secretary and living in the parish kindly gave us the use of Clanna Gael grounds. When news got around that they were contemplating starting a new team, several overtures were made from well-established clubs to throw in our lot with them, with the promise of free boots, jerseys and equipment. Fr. Ryan decided to wait and see. In February of 1956 Fr Ryan mentioned to the'DOC i.e Fr Fitzpatrick P.P that he was thinking of writing to Padraic O'Keefe Gen.Sec of G.A.A about starting a G.A.A team in Raheny and enquiring if he could support us in any way. The 'Doc' was delighted and added that Fr Ryan remind him about his promise to grant the proceeds of a challenge game between Dublin and Kerry in Croke Park to the new church building fund. Padraic O'Keefe granted the challenge match from which the parish netted around £2,000, a fortune in those days. A fortnight later Sean O'Siochain Ass.Sec of the G.A.A arrived with fifty laminated hurleys, a football and four sliothars.

In Sept 1956 Scoil Assam entered into the Dublin Schools leagues in both football and hurling. As the boys were looking for games at the weekend, affiliation to the G.A.A evolved and Fr.Ryan and Jim Donegan entered teams into the Dublin North East Juvenile leagues. The club colours of maroon were choosen for the simple reason that Galway had won the All-Ireland on the 4th Sunday of Sept 1956. In 1956 Dublin Corporation allocated the a pitch on the old cricket-field used by the Plunkett family, the last private owners of St Annes Estate. Fr Ryan left Raheny in January 1960 to return to the Cashel Diocese.

The new club was establised in 1958 and beginning to blossom and people like Jim Donegan, Fr.Foley, Roger Kavanagh, Tom Morrissey, Jim Hackett, Aidan O'Sullivan and Ray Kavanagh stepped in.

The club was very successful after this, winning Junior & Intermediate Leagues/ Championships during the 60's. They went on to win the Division 1 Senior League in 1970 and were narrowly beaten by our neighbours St Vincents in the County Senior Football Final in 1970. The club contributed significantly to the "Dubs of the 70's" who won three All-Irelands. David Hickey, Michael Hickey, Paddy Gogarty and of course Alan did Raheny proud during this era. Alan Larkin went on to manage the Dublin Minor Football team to All-Ireland Football title's in early 80's. David Hickey won an All-Star during this period. 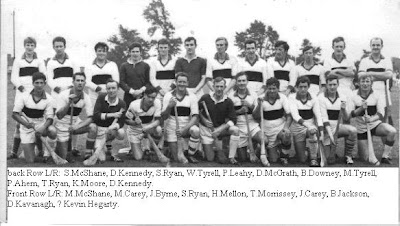 During the 1970/80's people like Tommy Hogan, Dermot Symth, Paddy Gogarty, Paddy McGinley, Eamonn Cheevers RIP, Brendan Lee RIP, Paddy Kennedy, Alan Larkin, John McGreevy etc.. kept the club going and plans were made to acquire land for a permanent home. The new clubhouse, hall & dressing rooms were built by 1981 and the era of meeting in the Raheny Inn and changing pitchside in St Anne's ended. 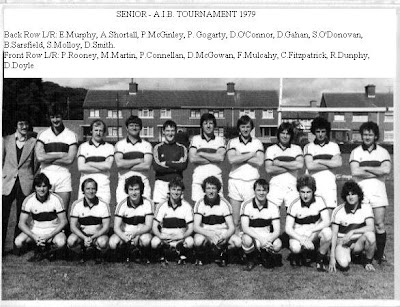 Raheny GAA are fielding over 50 teams in 2010 across Camogie, Gaelic Football, Hurling & Ladies Football. We have an active DARTS team competing in Dublin Leagues and the Ladies 'GASS CRAIC' club, who meet monthly for informative evenings and a bit of craic afterwords in the club lounge.

The club continues to play our home games from St Annes Park (Pitches 1,9,10,12,12a,29). Our new skills wall and astro turf pitch with floodlighting was opened in September 2007. The club has a full time Games Promotion Officer (GPO) Niamh Duggan who coaches Gaelic Games in the local schools, runs the club OGRA Nursery and assists in Foundation Level Training for new mentors.

An extension to the clubhouse was completed in 2010 to include Gymnasium, Games Room, new club office, Kit Storage Rooms, Terrace, with new Sound and TV systems installed.